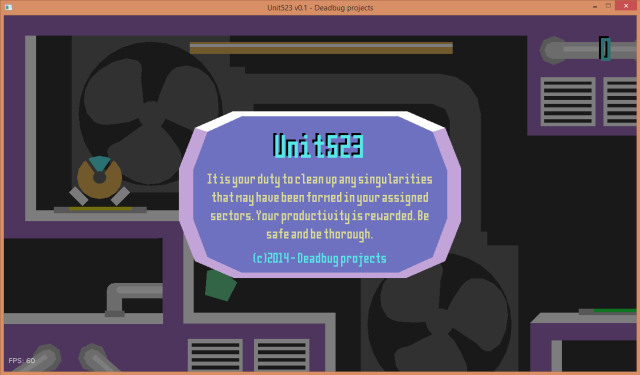 UnitN is a game concept that has been on my disk for a couple of months now. I’ve included a gameplay video in the read-more section. Since I’m not sure if I’m ever going to complete it I thought I’d just park it here for now.

In this game the player would be a clean-up unit that is tasked with cleaning up ‘singularities’. The clean-up unit will be a random unit chosen out of 900 units that are named Unit100 to Unit999.

This gameplay concept demo is build using LÖVE2D. All graphics, including the levels are build using Inkscape. The art-work is saved as SVG and converted to Lua by using a custom tool that I build. The Lua datastructure is used to create a LÖVE2D Mesh object. Which actually works pretty great