This is a dutch wordclock. Much of the design was taken from this version. It tells the current time within 5 minutes precision in full dutch sentences. The video also demonstrates a mode where random LEDs light up and fade out again. For when the current time is not important for a while.

The clock face is a simple 16*8 matrix of characters. The charactes are put such that all possible sentences can be produced and the additional characters have been put such that every line remains (sort of) pronouncable in dutch.

I also added a number of other words for other functions. For example the phrase ‘Hoe laat is het ?’ which translates to: ‘What time is it ?’ lights up when the clock is turned on. This should signal the user to set the correct time. 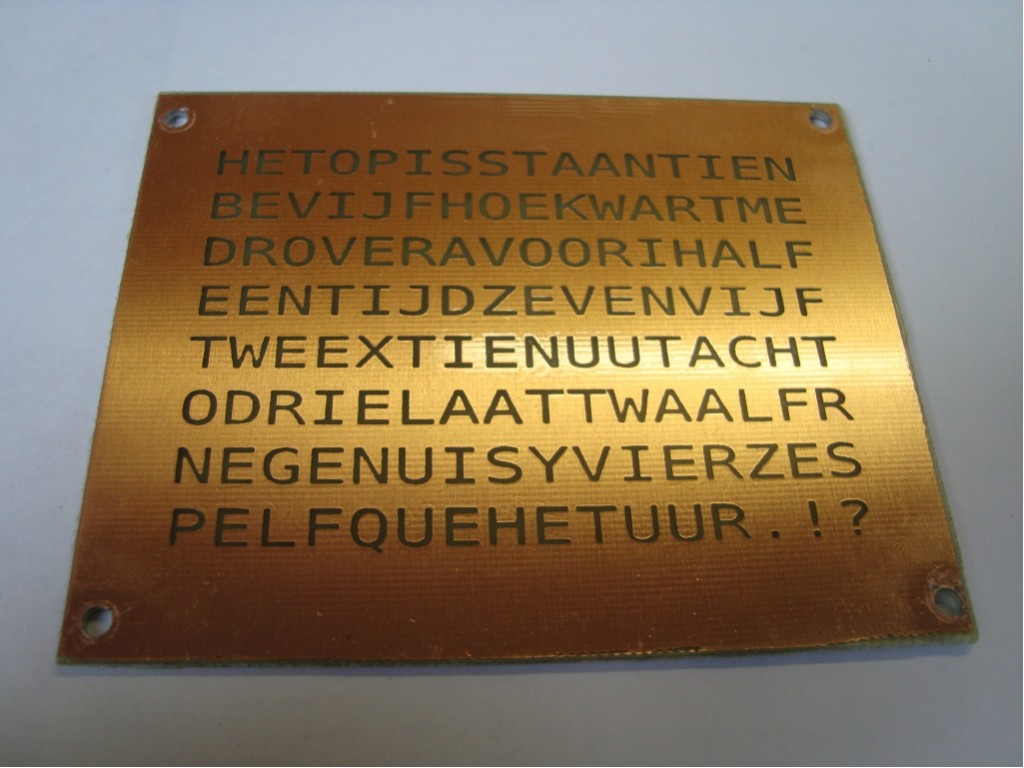 To make the clock face I used standard photo print material and created a mask Inkscape and the Gimp.

Here’s the mask, like the other mask/layout images in this project it can be printed at 300 dpi.

The LED is matrix is pretty straight forward, exactly what you would expect from a LED matrix. 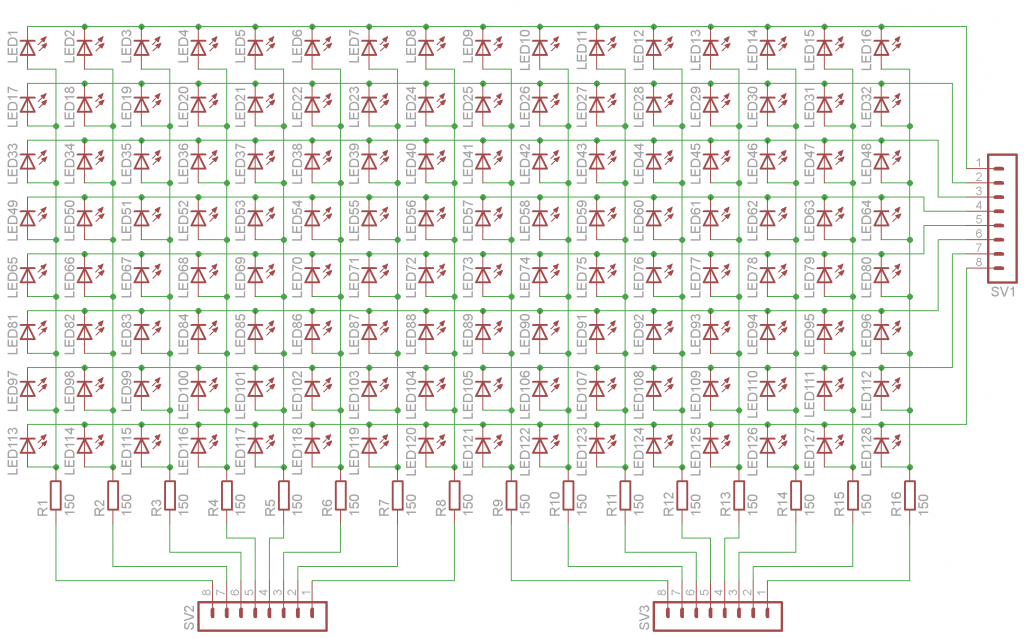 The actual LED’s used are bright, warm white LED’s. The resistors are 805 SMD resistors. These resistors where chosen since normal .25W resistors would take to much space, even when standing up they would rise above the LED’s in the matrix. 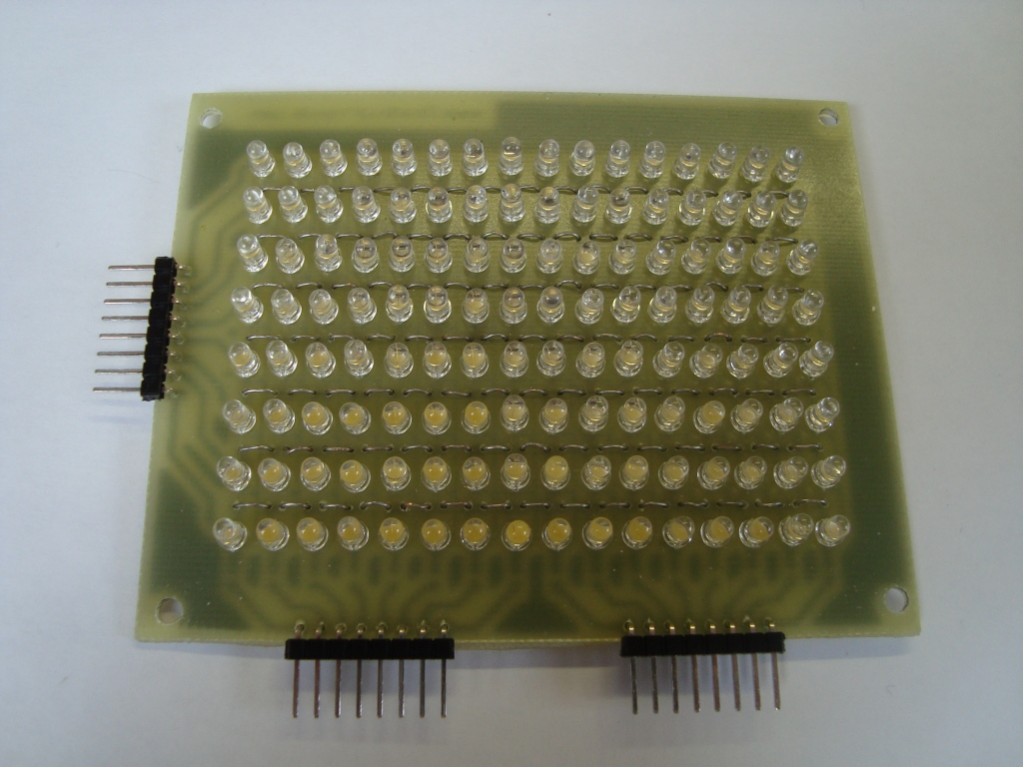 Here’s the layout for the LED matrix.

The controller print has been kept simple and straight forward as well. It needs a stabilized 5V input voltage which will supply the ATMega16 directly.

The print buttons could have been debounced in software but I find even the simplest (like this one) debouncing circuit feels quite a lot better than clogging up the code in the uC with ugly and strange looking debounce algorithms.

The uC is clocked at 16Mhz, straining it to its maximum, to be able to PWM (Pulse width modulate) the LED’s in addition to the normal redraw and clock logic without it all looking a bit flickery. 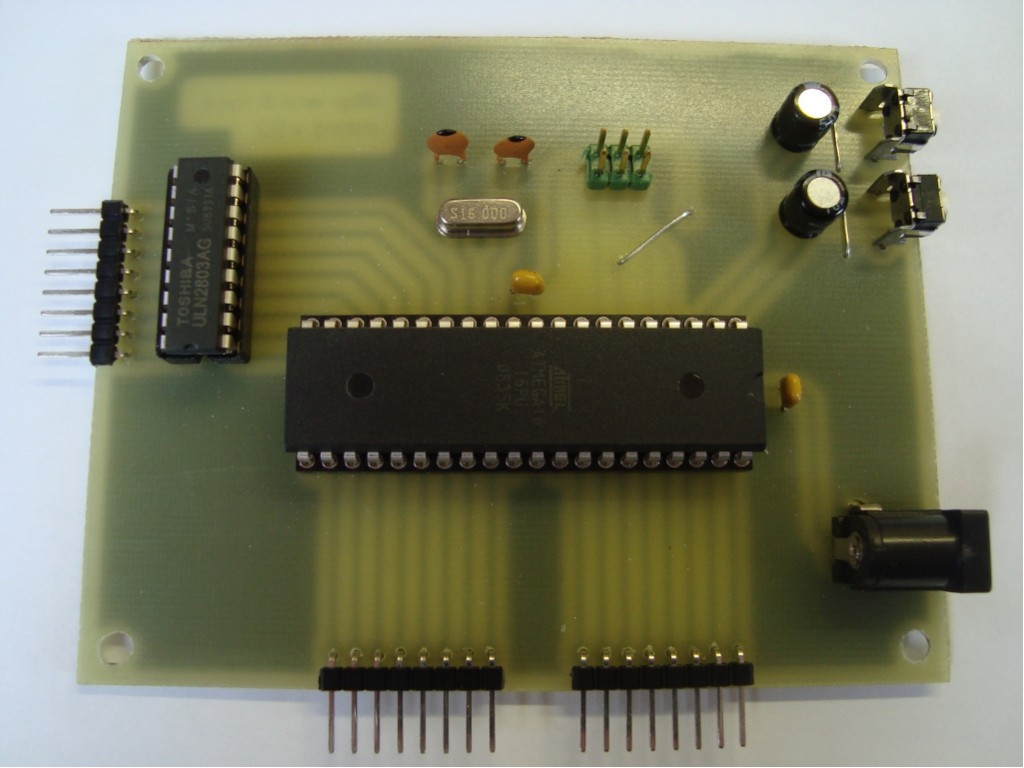 Here’s the layout for the board. 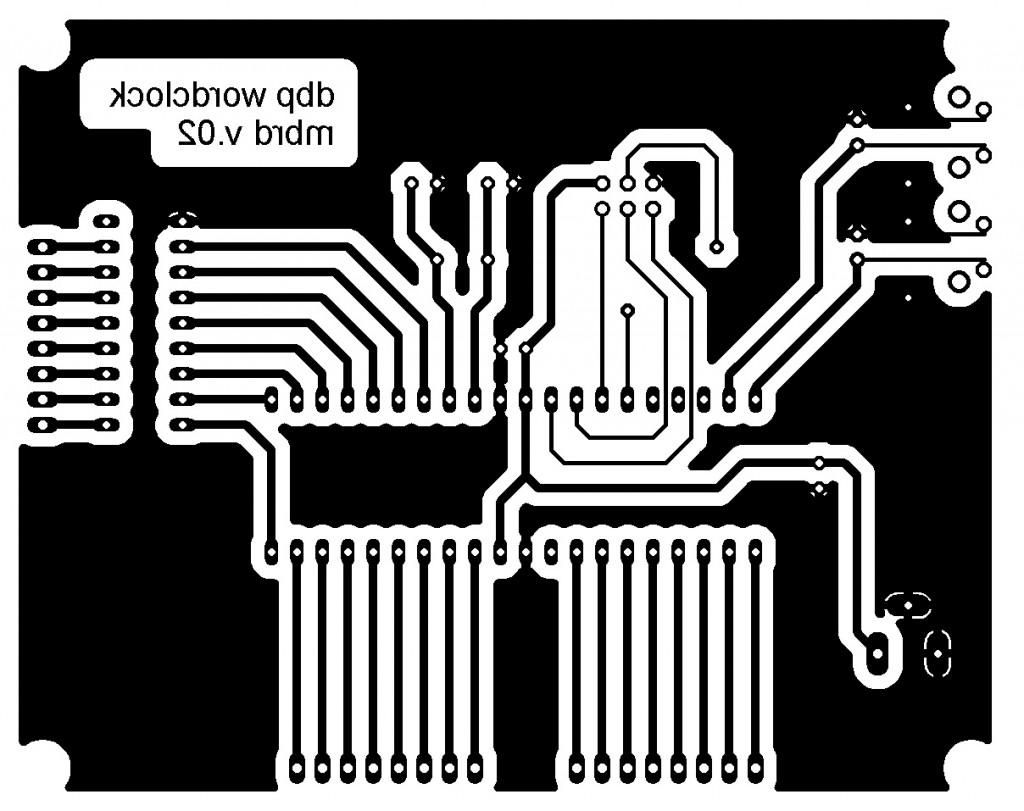 When I was putting it all together I had been looking for a nice stand to put it in and for the time beeing I had put it in my third hand. Turns out I kind of like the look of the clock in the third hand so I think I’m going to keep it like that. 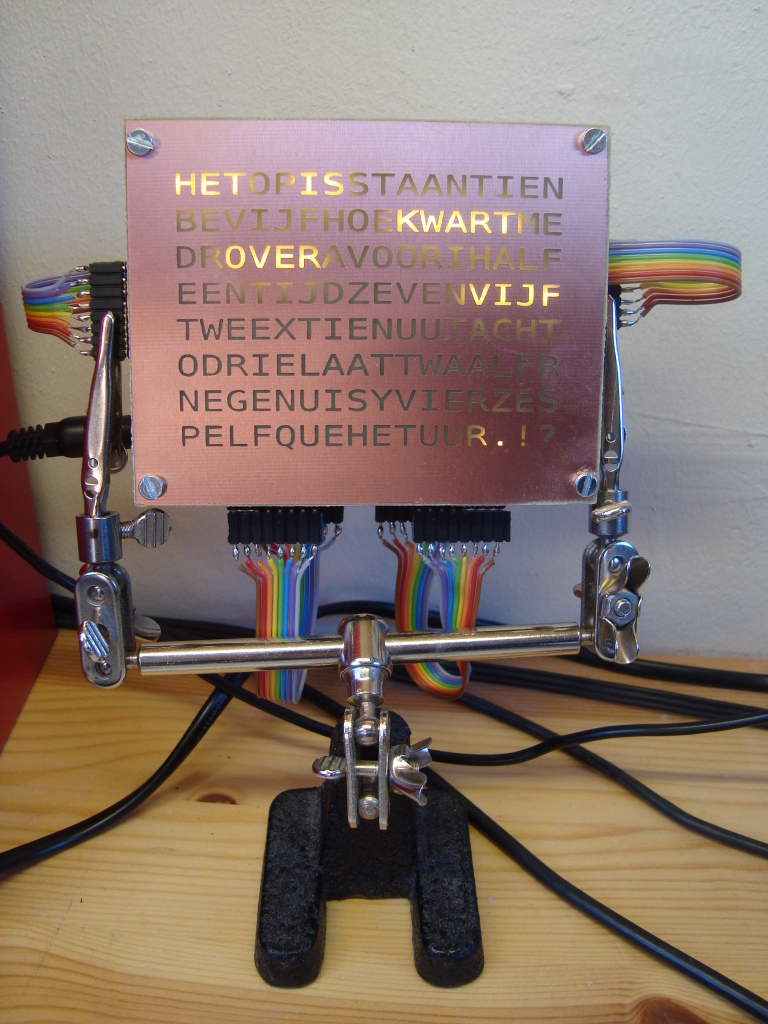 Some other interesting things I learned during this build:

I had originally attached a preliminary version of the source code. This orginal version has a couple of issues with setting the time and switching modes, as can be seen on the video. The currently attached version is considered stable and (mostly) bug free !