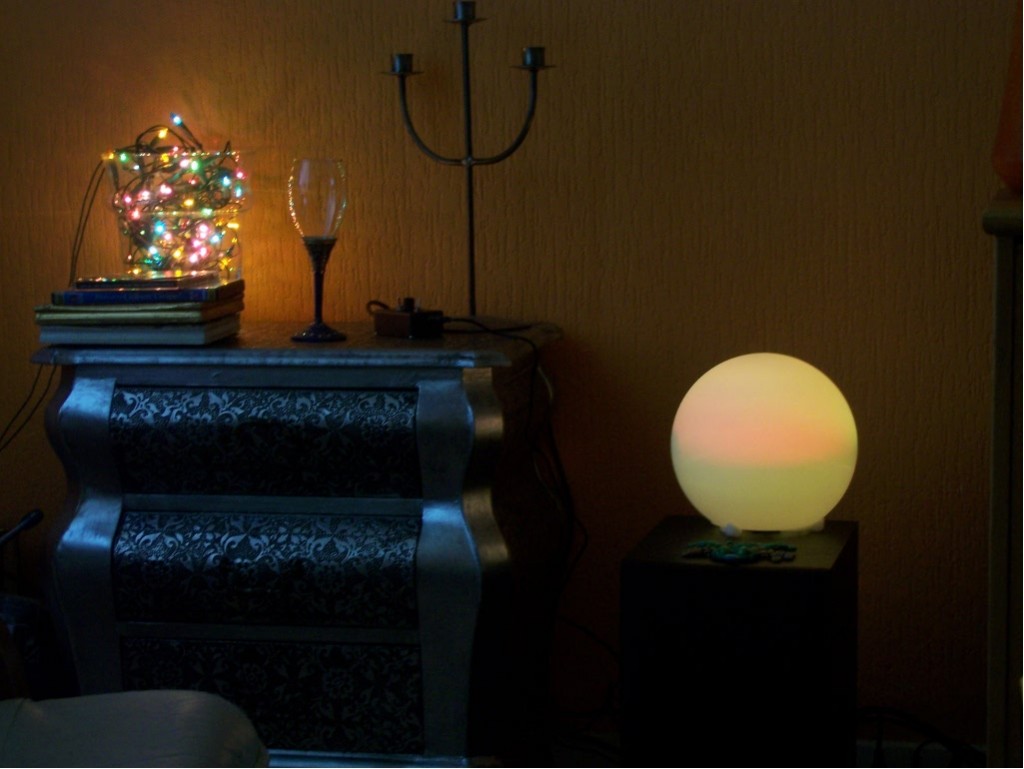 This is the mood light I made a couple of years ago and have been meaning to document. It’s one of my first electronics projects but I still think it came out nicely. It’s the big ball next to the Christmas lights.

The project is based on a 3W power RGB led which is controlled through the PWM channels on an AVR ATTiny2313. 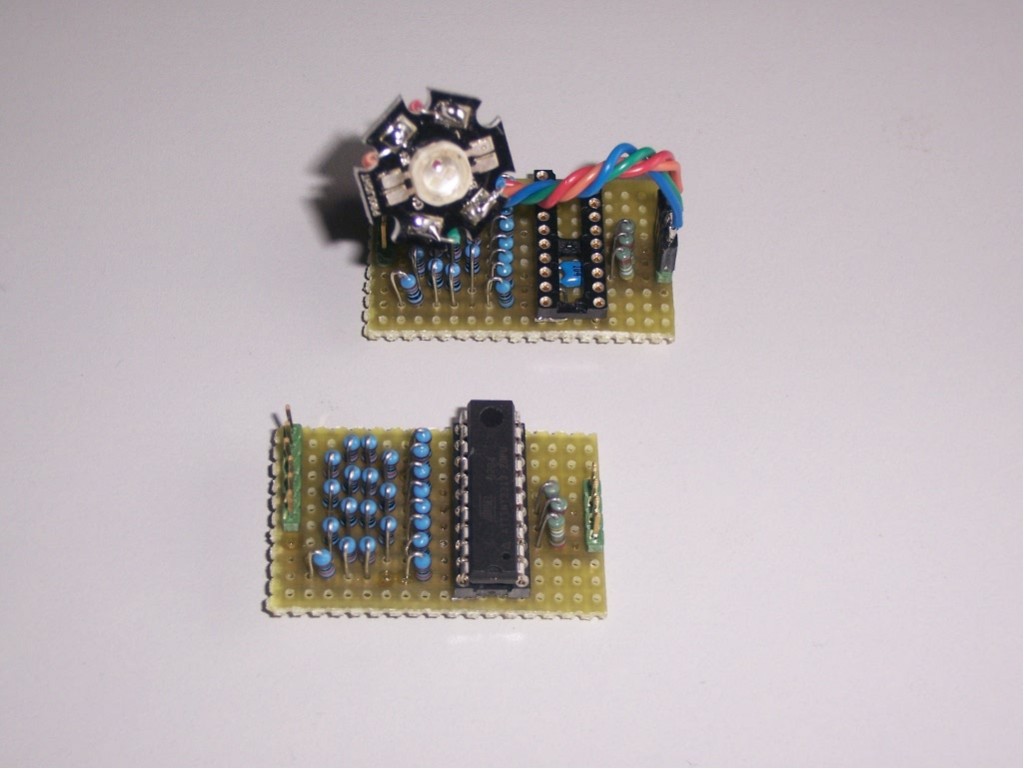 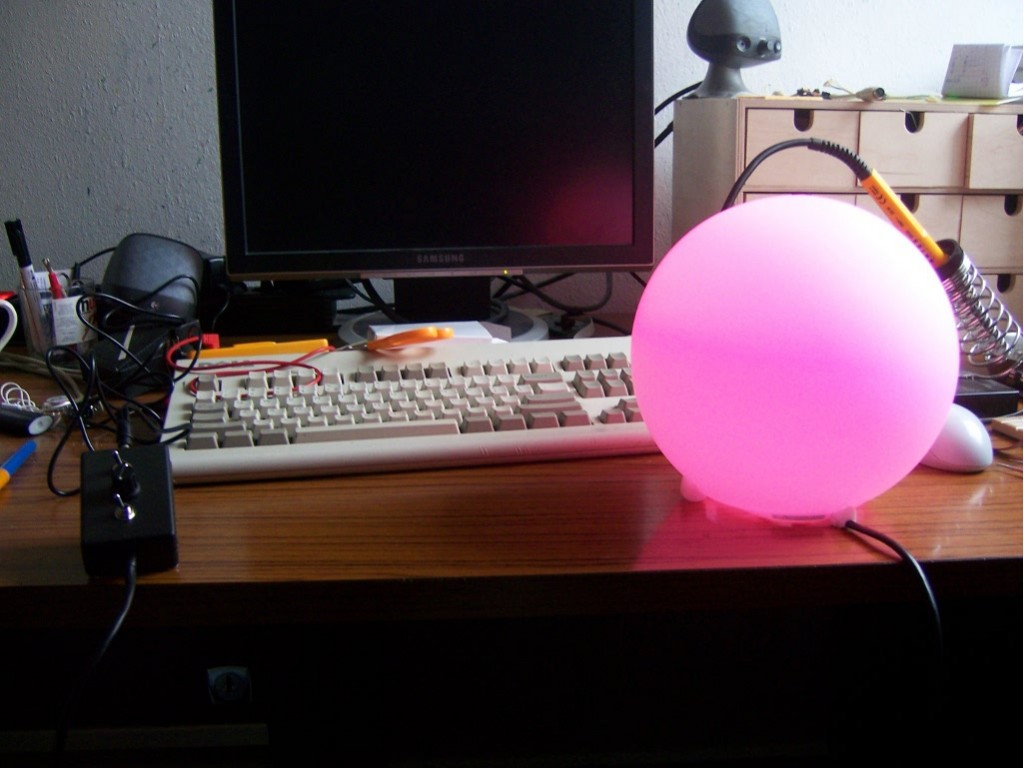 The first switch turns the light on or off. The second switch controls the mode of the moodlight which can either be automatic or manual. In the manual mode the potentiometer controls the current color where the color of the moodlight can be rotated around the hue spectrum. In the automatic mode the mood light will automatically rotate around the spectrum and it’s rotation speed is controlled by the potentiometer setting. 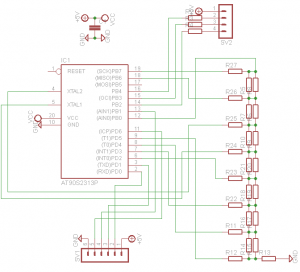 The pinout for SV1:

The pinout for SV2.

For the resistors in the R2R network I used 100KOhm. For the RGB LED I used 80R for red and 50R for blue and green. The pot meter I used in the remote was 10K.

Since this was one of my first projects, the code was written entirely in ASM. My first couple of project where done in ASM since it is an easy way to get to know the controller and get comfortable with the development environment.

Here’s a picture of the bottom of the device. 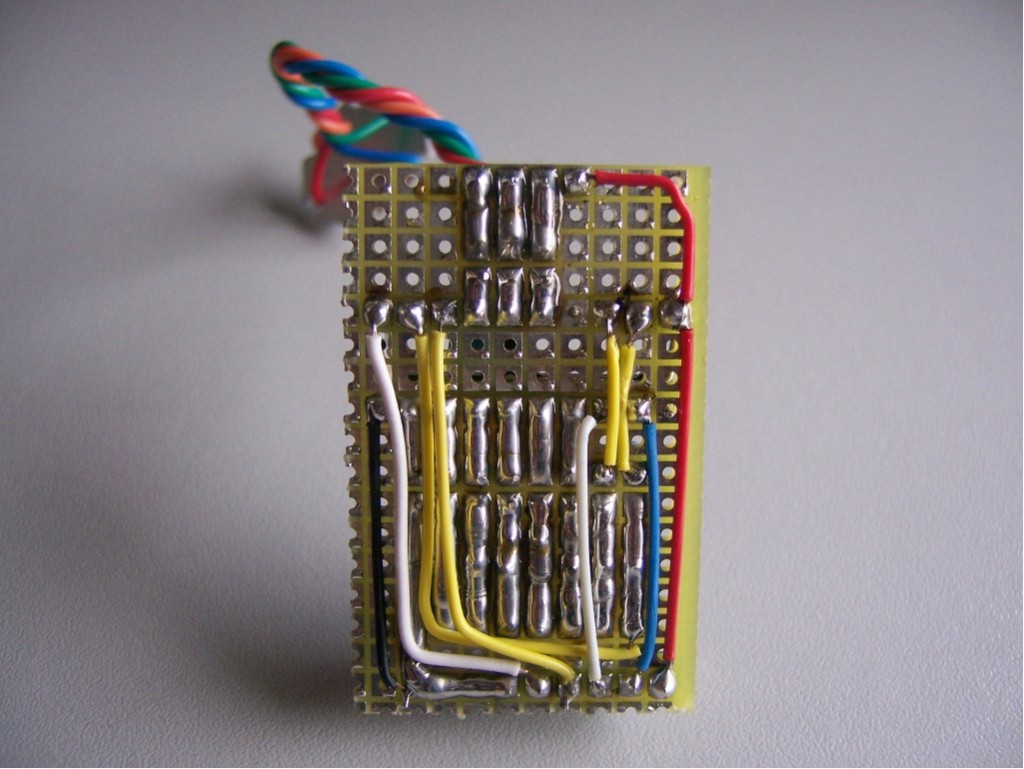 The firmware is written in assembler since I wasn’t very familiar with the C / C++ tools jet. But it should still be pretty straight forward.